Tudor Dixon is a businesswoman, breast-cancer survivor, and working mom of four girls. She built a career in Michigan's steel industry throughout the early 2000s, leading industrial sales for heavy equipment in the agriculture, automotive, and energy sectors, among others. Quickly a leader in that space, Tudor was highlighted in 2009 at just thirty-one years old as part of "Metalcasting's Next Generation" by trade magazine Foundry Management & Technology and served as Chairwoman of the Steel Founders Society of America's Future Leaders Committee.

Tudor paused her career upon having children and being diagnosed with breast cancer.  After beating cancer, Tudor returned to the steel industry briefly before beginning an entrepreneurial journey that led her to conservative media and activism.​

As a mom of four young girls with a Bachelor's degree in psychology, Tudor became concerned about the indoctrination of children in our schools. That led her to found Lumen News, which provided pro-America, pro-Constitution morning news programs to grade school students.

As Lumen became more successful, a new conservative network approached Tudor to integrate Lumen's programming into their own. Tudor accepted the offer and transitioned to being "in front of the camera" for the first time. Tudor traveled the country in that role, covering dozens of Trump rallies and other events as COVID took hold. ​

An experienced businesswoman with countless miles walked across factory floors, Tudor immediately recognized the enormous damage Gretchen Whitmer's lockdowns would have on the economy, especially for working-class families. She began to speak out before the lockdowns took a deeply personal turn, with Tudor's grandmother dying in the fall of 2020 in a Whitmer-locked-down nursing home. Thanks to Whitmer's cruel no visitation policies, Tudor and her four young daughters could only wave goodbye through the outside window before Nana passed.

Tudor began to speak out further for job creators like Marlena Hackney, the Holland restaurant owner jailed for reopening her doors in defiance of Whitmer's unconstitutional orders, and for families like her own, who Whitmer robbed of last moments with their loved ones.​

Soon enough, Tudor decided to take the fight to "Big Gretch" directly, entering the race for Governor in May of 2021. Tudor has since traveled tens of thousands of miles across Michigan, listening to countless everyday citizens.​

Always solutions-oriented, Tudor has established herself as the visionary and clear policy leader in the Republican field. She is the only candidate to release detailed plans to rebuild and grow the economy, stop the indoctrination of our school children, empower parents in education, expand school choice options, apply common-sense reforms to Michigan's elections, and more.​

A conservative outsider lacking the insider political connections of her opponents, Tudor has battled the establishment machine for more than a year as she seeks the Republican nomination to challenge Gretchen Whitmer. ​

However, Tudor's commitment to casting a real governing vision has won her support and continues to generate momentum. Congressman Bill Huizenga, Congresswoman Lisa McClain, Ambassador Ric Grenell, the American Conservative Union, Michigan Senate Majority Leader Mike Shirkey, the Associated Builders and Contractors of Michigan, and others have all endorsed Tudor. 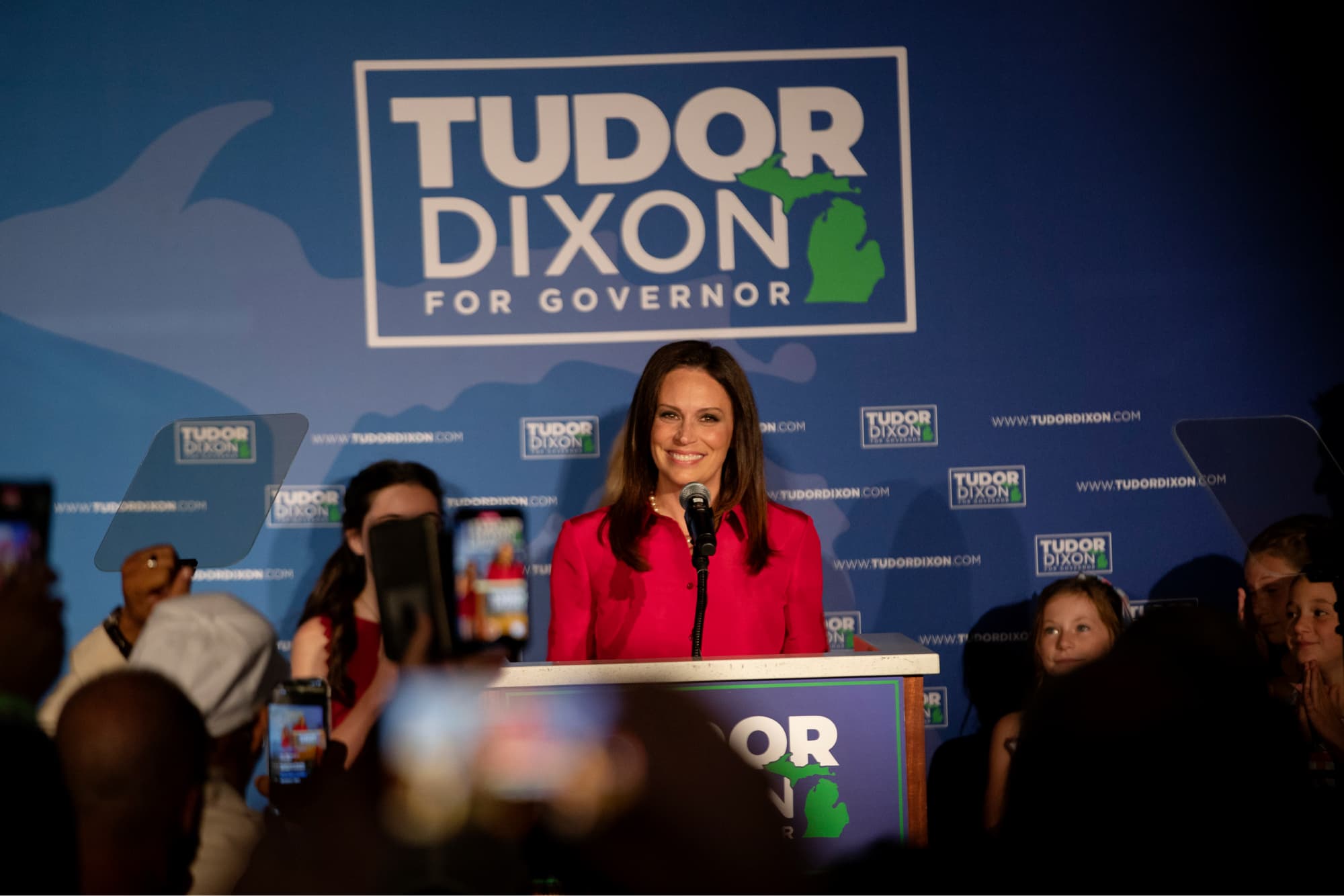 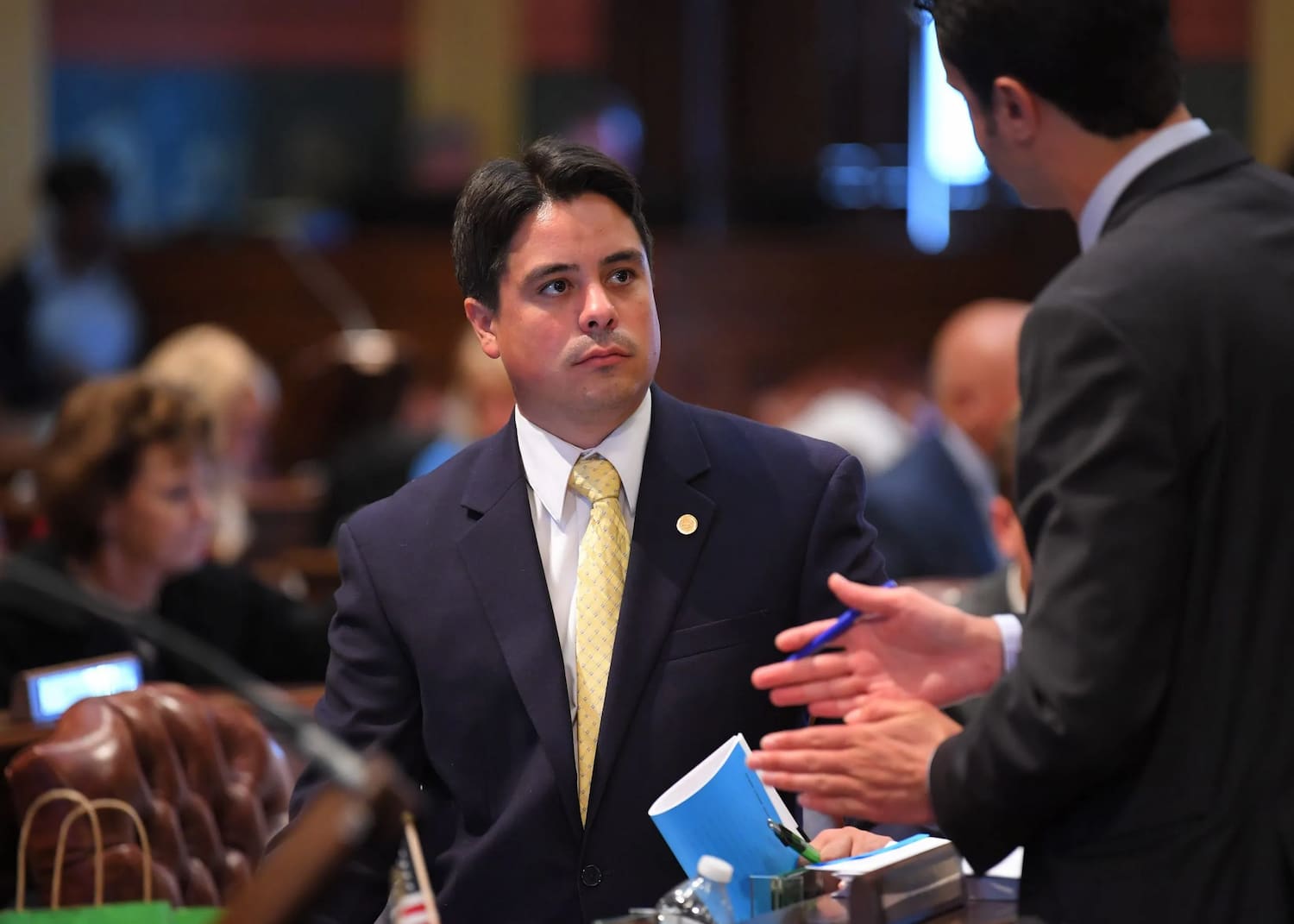 Married and with daughters, Shane was an architectural designer at a firm in Port Huron. He is an active member of Lakeport Wesleyan Church and a member of the Men’s Group.

‍
Elected to the state House in 2016, Shane quickly developed a reputation and voting record as one of the Legislature's most conservative members. He earned 100% from the NRA and an A+ from the American Conservative Union. Michigan Farm Bureau and Right to Life of Michigan endorsed him previously. He was a leader in fighting Gretchen Whitmer's unconstitutional lockdown orders, sponsoring the bill to sue Whitmer, and forcing an end to her endless emergency orders.

Shane has supported the border wall to fight illegal immigration and has been a leader in demanding election integrity.

Michigan has Shane Hernandez to thank for the defeat of Gretchen Whitmer's 45-cent per gallon gas tax. Even when some Republicans wanted to cave to Whitmer to raise the gas tax, Shane found other ways to increase road funding without raising taxes or incurring additional debt. She vetoed his ideas. He's fought to protect Line 5 from Whitmer's and Dana Nessel's repeated attacks.

Shane is a solution-finding problem solver, and one Michigan needs as lieutenant governor.

Let's get Michigan back on track.